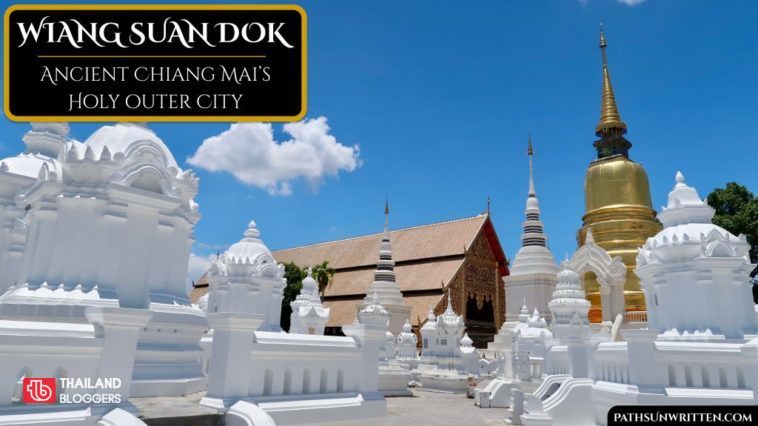 Despite its popular reputation as being one of the best largely-intact ancient cities in Thailand, the modern city of Chiang Mai actually contains 5 distinct ancient cities, with a sixth being buried by the northeast corner of the current Old City. Three of these cities belonged to the Lawa, an ethnic group predating the arrival of the Lanna Thais into the region from the north.

Wiang Suan Dok is a walled city first established by the Lawa people over 1000 years ago. The city walls measure 570 meters on each side. After its abandonment by the Lawa, it was adopted by the Thai Lanna Kingdom and set up as a holy site outside of their capital. The temple established at the ancient city’s center, Wat Suan Dok, has been a revered place for the Lanna people for over 600 years.

Centuries before Chiang Mai was established and the Tai people moved into what is now Thailand, the region was inhabited by the Dvaravati and Lawa peoples. The Dvaravati culture is believed to be a Mon-Burmese people who held heavy influence over much of Thailand and were responsible for the introduction of Buddhism to the area. Their ruins and relics can be found from southwestern Thailand all the way into Isaan at sites like Sri Thep and Roi Et. Their northern influence was centered in Hariphunchai, modern-day Lamphun. 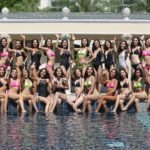 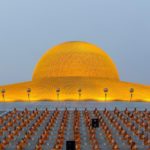