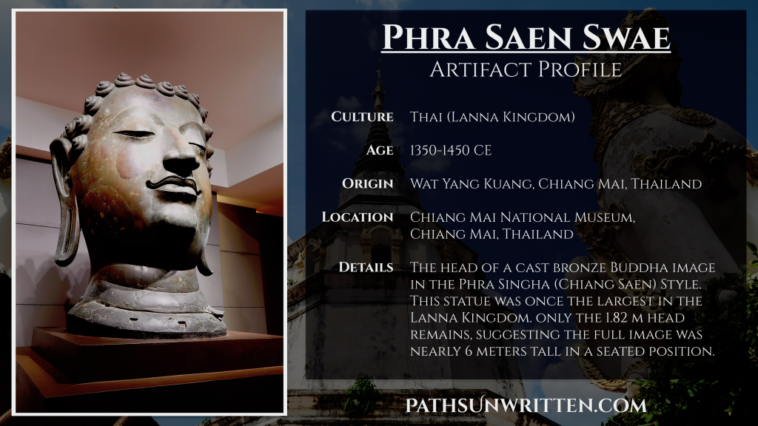 The Phra Saen Swae (also Phra Saenswae) Buddha image was once the largest cast bronze Buddha statue in the Lanna Kingdom. The head alone measures 1.82 meters (~6 feet) tall. This suggests the entire statue (in a seated position) would have been nearly 6 meters (~19.7 feet) tall.

The Phra Saenswae image is considered a prime example of the Phra Singha Style, named after those images characteristic of Wat Phra Singha Worawihan, the second most revered temple of ancient Chiang Mai and the holiest within the city proper. This style, also commonly called Chiang Saen Style, is descended from the Lanna Kingdom’s origins in Chiang Saen, where Mengrai began his campaign to establish a new dynasty. 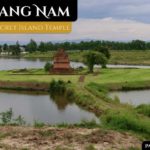 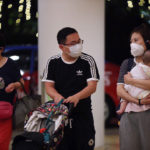