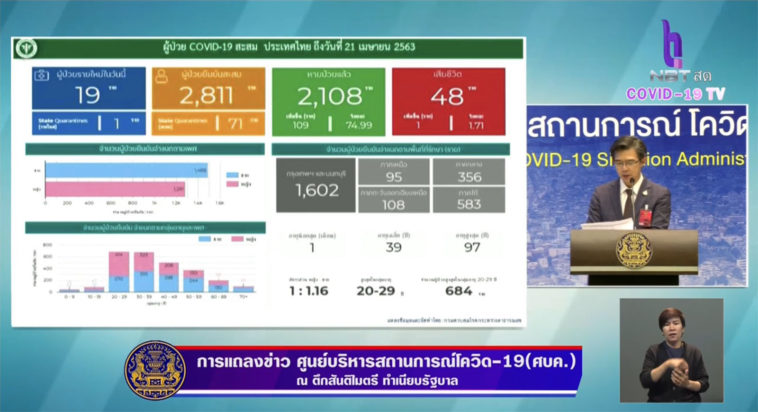 With 19 new cases confirmed over a 24-hour period, Thailand had its best day this month in the battle against Covid-19. The number of Covid-19 patients in the country increased to 2,811while there was one death, Taweesin Visanuyothin, spokesman of the government’s Centre for Covid-19 Situation Administration, said on Tuesday (April 21).

Total fatalities stood at 48, while 2,108 patients have recovered and returned to their homes and 655 are undergoing treatment in hospitals.

Tuesday’s sharp fall in the number of cases offered more proof that the Covid-19 curve in the country might be flattening, and could pave the way for an easing of the nationwide lockdown.

“The declining number today is the outcome of efforts to contain the virus in the past 14 days,” he said.

The report comes as the government and the private sector look at the possibilities of easing some lockdown restrictions. 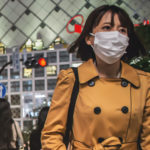 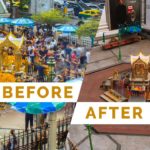