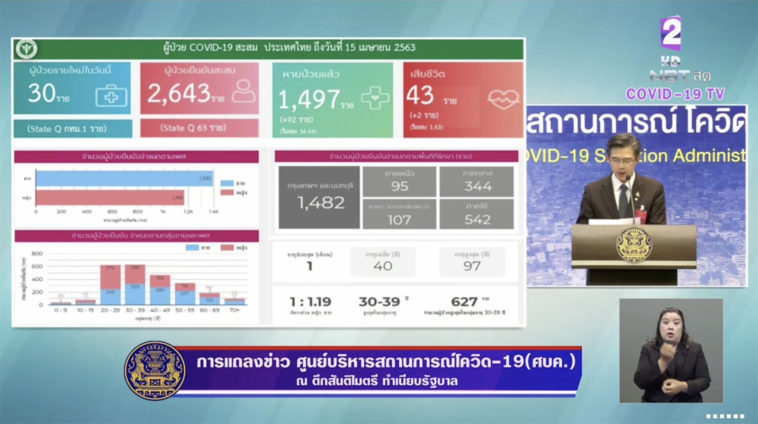 He said the situation is still a cause for concern although the number is on the downward trend. “We must not let our guard down,” he insisted.Thailand’s death toll from coronavirus now stands at 43.

The first group of 29 had been in close contact with others previously confirmed as infected.

The second group comprises three people of whom one had just returned from overseas (France) and two visited crowded areas.

The third group consists of seven people whose source of transmission is under investigation.

The fourth group comprises one individual who returned from the US (with flight transfer in Japan), who is now under state quarantine.

Details of two deaths from Covid-19 this week have also been released.

A 65-year-old female street food vendor with diabetes and high blood pressure developed flu-like symptoms on March 11. She tested positive for Covid-19 on March 19 and took Favipiravir. However, her condition worsened on March 22 and she died on April 13.

A 60-year-old man returned from a Muslim ceremony in Indonesia on March 24. He developed a high fever on April 2 and tested positive for the virus on the same day. He died on April 14.

Of the 2,643 total cases confirmed on Wednesday, 1,103 are under treatment and 1,497 have recovered and been discharged.

Globally, total confirmed cases stood at 1.98 million with around 125,000 deaths. 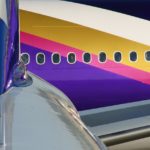 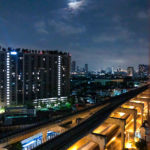