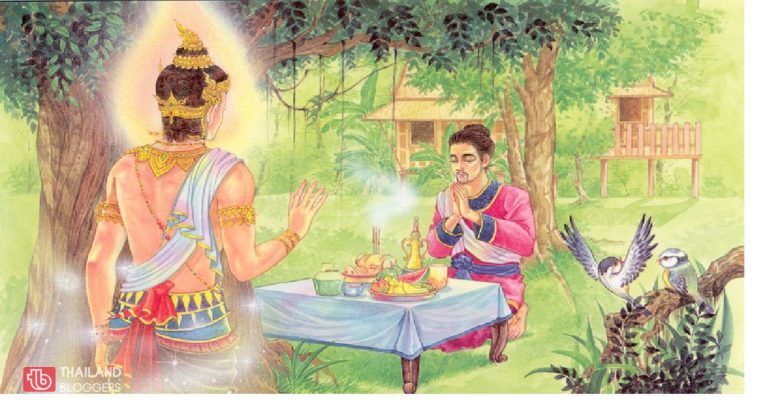 The Songkran water festival stands alone as arguably the most important event on the Thai calendar. It is a time of great celebration, as vast swathes of people from around the South East Asian country gather in the cities to celebrate or return to their home provinces in order to meet up with family and friends.

The Songkran water festival is a time for symbolic renewal and rejuvenation, looking forward to the year ahead and wishing for good luck in that New Year, while also giving thanks for the blessings that have stemmed from the previous year.

The Importance of Water and the Astrological Calendar

The Songkran water festival falls in the middle of the month of April each and every year, with the timing traditionally coinciding with the lunar calendar. The importance of water arguably stems from its obvious importance as an indispensable element in any society, but this close relationship with water is felt even more keenly by the Thai people, thanks to the agricultural roots of the South East Asian region.

Given that rice is the traditional agricultural crop in Thailand, a foodstuff which requires significant quantities of water to produce, it can be seen why water is of such importance as to merit its own festival event.

It should not be forgotten of course, that the Songkran water festival is also a religious festival. The link between the Songkran water festival and the Buddhist religion, which most Thais are adherents of, is well established. The Buddhist religion has long carried with it numerous features relating to the astrological calendar and the movement of the stars and planets, which manifest within a number of Buddhist rituals, practices and religious rites.

Before Buddhism began to spread from the Indian subcontinent to Thailand, many old temples and other structures in the country were nonetheless built along astrological lines, with their positioning intended to represent the cosmos and its infinite astronomical groups.

Prior to the spread of the Buddhist religion, the spiritual beliefs of the people of what is now the modern state of Thailand included numerous animist practices, which also fit well with the astrological theme. It can therefore be seen that the astrological links that are clear to see during the Songkran water festival were well established in the region a long time ago.

The centrepiece of the Songkran water festival for many tourists may be the world’s largest water fight, but it is also important to remember the deep cultural and religious roots that this time of the year encompass for the Thai people.

Although the Songkran Water Festival is celebrated throughout the country, the largest and longest of celebrations is held in Chiang Mai City.  This fun festival is the longest running in the country, lasting over six days in duration.  The Songkran Water Festival made it into the record books at the 2011 festival.  The Guinness World Records Authority officially labelled the festival “The Largest Water Gun Fight In The World.”

Throwing of Water – There are many traditions observed during the festival however, the tradition enjoyed by all – the throwing of water.  The fun includes hoses, water guns and all forms of water carrying containers as Thai locals and guests drench each other with water.  The tradition derives from the original collecting and pouring of the blessed water.  This is a symbol of good health and fortune in the new year.

White Chalk- Festival goers are also doused with white chalk to symbolize the monks use of making chalk marks to preserve the blessings made.

Gifts of Food – Thai people visit monasteries for prayer and deliver food to the monks.  While visiting, locals pour scented water on Buddha symbols.  This is followed by a procession of monks carrying Buddha statues through the streets of the festival as people throw water.

Unless you enjoy your favourite outfit soaked while covered in white chalk, recommendations are in effect for casual attire.  A raincoat would help as well! 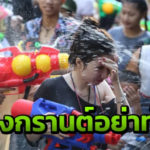