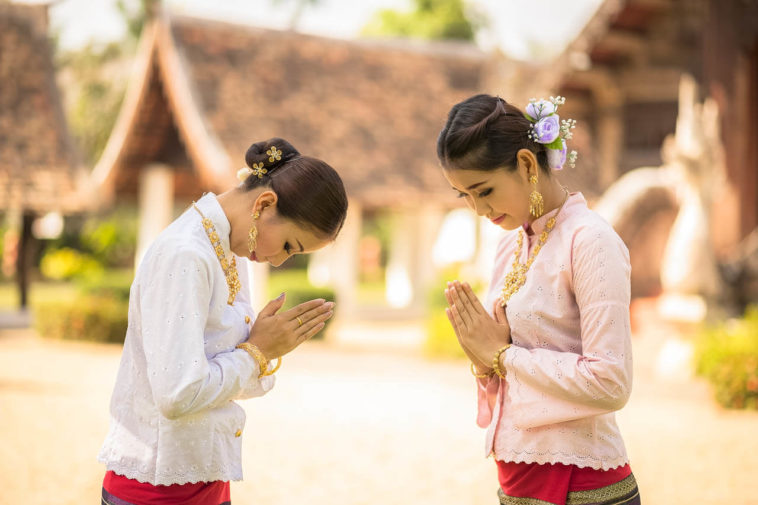 The Thai traditional greeting, the wai, has been gaining popularity worldwide since the outbreak of the Covid19 novel Coronavirus.

The greeting, which consists of placing your palms together and giving a slight bow has been getting more and more popular in recent weeks.

In the UK the Wai has been taught by several schools to students as a way to greet without touching hands.

The Thai government has released the photo above and encouraged the use of the Wai to greet others as a safe way until the potential threat of the virus is over.

The Wai actually has several levels of use depending on the seniority and importance of the person one is greeting, however, for most people overseas they are learning just one traditional way to alleviate any possible confusion.

Meanwhile, several experts warned the fist bump, which is popular in America, is not a safer alternative than a handshake but have stated using the Wai is a great alternative at this time. 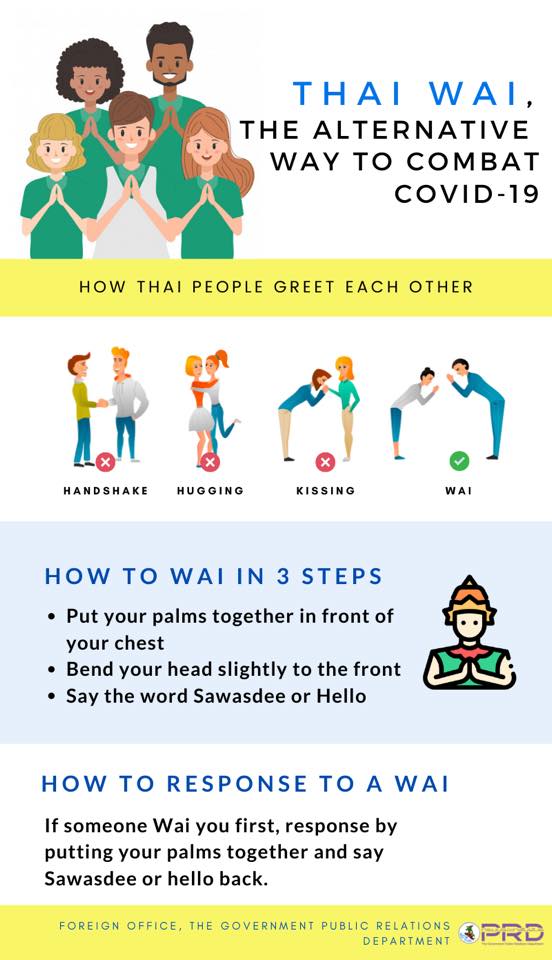 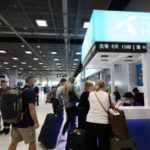 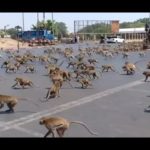