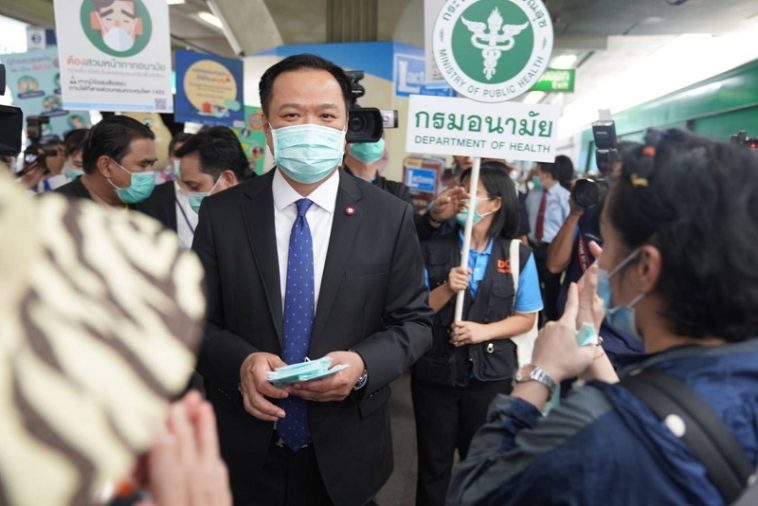 Health minister Anutin Charnvirakul on Friday slammed foreign tourists who refused to wear face masks handed out by the government, saying they “should be kicked out.”

Using racially charged terms in an interview with the media at BTS Siam this morning, the health minister also said non-compliant behaviors of foreigners should be reported to embassies.

“Ai farangs, those tourists – that’s something the embassies should be noticed of and the public as well that are not wearing masks,” Anutin said, using the term farang, which refers to Caucasians. “We’re handing them out and they still refuse. They need to be kicked out of Thailand!”

Thai Public Health Min Anutin Charnvirakul was handing out surgical masks today for people to protect themselves against the Novel #Coronavirus. Apparently some foreign tourists didn't take them, which led to this unusual outburst by him suggesting they "should be kicked out." pic.twitter.com/UcVJtYCqeM

“They don’t care about the big picture and these tourists are in the country. We’re giving the masks to them and they still refuse,” he said.

Anutin continued, “The Chinese, the Asians – they are all taking [the masks], but those ai Europeans… that’s unbelievable,” he said using a Thai derogatory prefix.

Hours after his outburst, Anutin took to his Facebook to apologize for his remarks, which he blamed on ill manners displayed by some foreigners.

“I’m sorry for losing my temper to foreigners today,” he wrote. “I couldn’t tell where the foreigners came from or how much risk they pose.”

Anutin added, “We expected respect and cooperation in mitigating the outbreak from them, not slapping our hands away or looking at us in a demeaning way, like what myself and entourage from the Ministry of Public Health experienced today.”

Despite the health minister’s insistence on wearing face masks, the World Health Organization suggested that it is not required for individuals without respiratory symptoms since “it may cost unnecessary cost and false sense of security.” 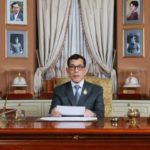 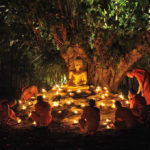