Thailand is aiming to become a country with high average income in the next 17 years, Prime Minister Prayut Chan-o-cha told his audience at a hotel in New York yesterday.

In his address to a lunch meeting, hosted by the Asia Society for Executives and foreign media, the Prime Minister said that, during the past five years, his government has set the foundations needed to drive the country forward with the objective of making Thailand a high-income country, in which all Thai people will share equally in the fruits of development and none will be left behind.

He told the audience about what the previous government, also under his leadership, had done to improve the livelihoods of the majority of the Thai people, to reduce social and economic disparity, to amend many regulations and enact laws to facilitate investment by Thai and foreign investors and to resolve the problem of illegal, unregulated and unreported fishing, among others. 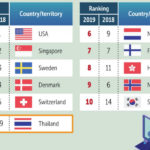