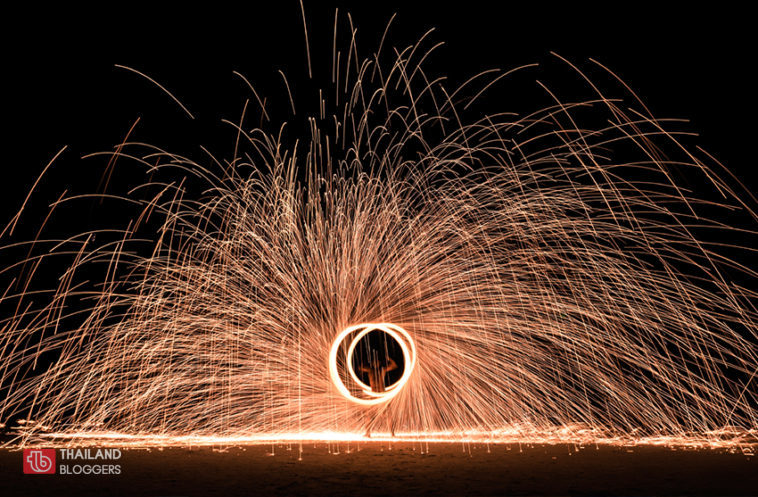 A few young travelers (up to 20,000) gather every month on a beach on a remote Thai island (Koh Pha-Ngan) and dance the night away in front of a strip of bars and clubs pumping out dance music, while getting wasted on weed, Yaba, mushrooms, XTC or bucket drinks until the sun comes up on the eponymous sunrise beach. Hundreds of thousands of participants over the past 25 years think it’s the best party they’ve ever been to, making it an essential stop on the gap year/banana pancake/backpacker trail.

There is a serious criminal element present. It’s not uncommon for people’s hotel/hostel rooms to be ransacked while they’re at the all-night party. Management is suitably shocked and alarmed about it, but it keeps happening month after month at some accommodations.Drug gangs operate at the party and often they can be in cahoots with corrupt police. You buy some cheap weed, get “arrested”, pay 150,000 baht to avoid prosecution, and the same bag of weed is sold to the next sucker.Yaba (amphetamines) and XTC are highly illegal in Thailand. Buying them from a stranger at the party exposes you to a shakedown, or if the police are genuine, a nasty journey through the Thai legal system.

If you stick to the legal stuff, alcohol, it’s very easy to over do it because the drinks come in buckets!

It’s literally a bucket (like the ones kids take to the beach) filled with ice, M150 (a Thai version of Red Bull which is heavy on the ephedrine), a can of soda, a 300 ml bottle of liquor and 3 or 4 straws. Total cost: 200 baht/$US6 (and that’s expensive for Thailand). Because they’re cheap the tendency is to buy too many of them. If you’re sharing, it can be hard to keep track of just how much alcohol you’ve had.

Nikki Scott, of southeastasiabackpacker.com, an expat living in Thailand, put it this way: “After just one, heaven forbid, two of these notorious buckets, chances are you won’t remember what happened during the course of the evening, never mind your name or where you came from!”

If you decide to party hard regardless, fair enough, we’re here for a good time not a long time. Unfortunately lots of people leave the party early and after having had a bad time.

The day after the party you’ll see people with bandaged hands, legs and feet. They’ve either cut themselves on broken glass that litters the beach (tip: wear closed in shoes – not flip flops), or they’ve had an encounter with the flaming skipping rope or limbo stick. The idea is to get as many people as possible jumping the rope, and spin it so fast the flames go out. It doesn’t always work out and injuries from a kerosene soaked flaming rope can be pretty nasty.

Theft of Valuables and Cash

Lots of people want to capture this great party in pictures or video and there are hundreds and hundreds of clips on YouTube. But hang on tight to the phone or camera as valuable electronics have a habit of “disappearing”. Gang members come for the party, follow drunk revellers around and wait for an opportunity to take phones or cameras.

Take enough cash for the evening and it’s a good idea to take a photocopy of your passport details just in case you need ID. But leave the valuable and important stuff locked up back at the hotel (and ask them for a receipt when they put it in their safe).

Don’t take your moped. Even if you’re not too “tired and emotional” to ride, others might be. There are plenty of taxis operating all night.

Speaking of mopeds and motorscooters, do you need a license to ride in Thailand and what happens if you don’t have one?

If you’ve caught a speedboat to the island for the day and want to get back to Koh Samui, take it easy. Stephen Ryder from ensureasia.com (he deals with ex-pats living in Thailand) says the speedboats don’t have a great safety record, and crew have often been drinking as hard as the party-goers!

Not always, but sometimes after a really busy party there’s a rush of people who have peaked too early and have had enough by about 3 or 4 in the morning. You can get scores of people all vying for the half dozen places on each boat that arrives. The boats get rushed when they beach, so the next time they hang back a little. After a while you have a mob of drunk, desperate people wading/swimming out to boats. It’s like Lord of the Flies! The skippers get worried they’ll be swamped as people clamber aboard, so they grab a few passengers and push the rest back into the water then roar off with throttles wide open.

If you have overindulged too early, sleep it off on the beach and wait for the first scheduled ferry service at 7am – but, never wander off alone down the beach. Stick with your friends or you’ll wake up to find your money and valuables gone.

Most of you will have been to a dance party or rave before and know the unwritten rules. Always take care of each other. Just because this is a beach party a long way from home it doesn’t mean you should let your guard down.

Most people walk away from the FMP having had a thoroughly good time, but bad stuff happens quite often. So often, that your travel insurer might ask a few hard questions about what you were doing.

Travel insurance is not a license to be stupid, you need to act responsibly at all times, which pretty much rules out everything discussed so far. How do you think your claim will go when you tell them you were injured while trying to jump over a burning rope after having a few buckets with 20,000 of your closest friends? Hmmmm.

A serious injury can be expensive and if your insurance doesn’t cover it, you’ll have to spend your travel savings and kiss goodbye to the rest of the trip.

Skip the skipping rope, drink responsibly and leave the valuables at home. Then you’ll be around to come back to the best beach party in the world again and again. 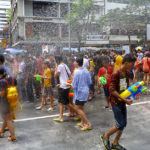 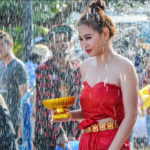