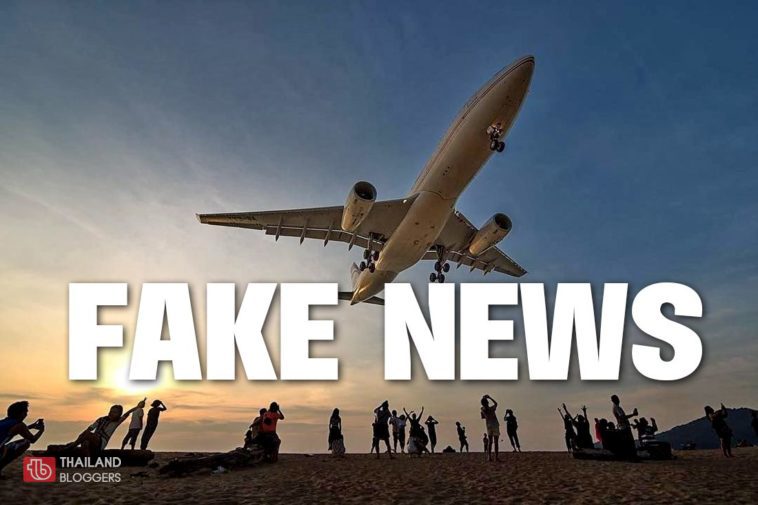 International media are going crazy over a completely nonsense story. But, of course, one outlet posts the fake news and the others copy/paste.

“Tourists who take selfies on notorious airport beach are threatened with the death penalty by Thai officials,” trumpets the headline in Daily Mail. (‘notorious’???)

“Tourists taking beach selfies while planes take-off have angered airport chiefs in Thailand – who warned the maximum penalty for distracting pilots is the death sentence.”

The story, originally posted in Thailand Bloggers and provincial paper Phuket News, has taken a life of its own being ramped up in levels of exaggeration in the month since the stories first appeared. 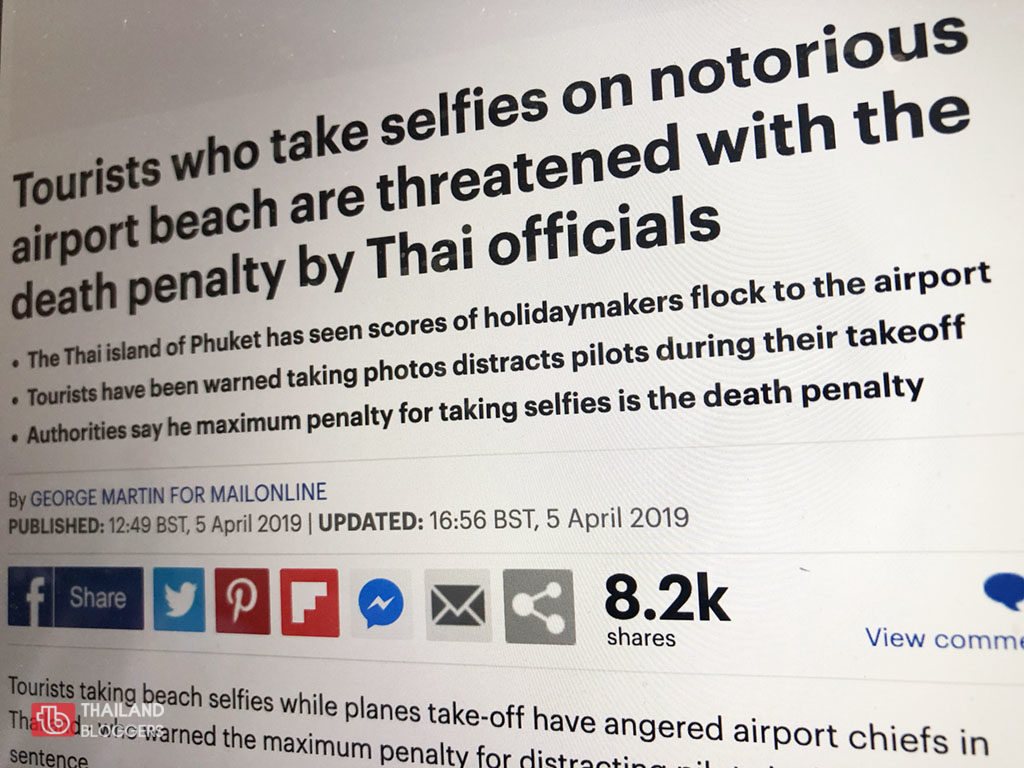 Thailand Bloggers’s original breaking story about the matter HERE. Zero reference about ‘death penalty’.“Many beachgoers take pictures of themselves with the jets in the background and post the images on social media sites like Instagram. But airport bosses are furious and have vowed to close off the section of beach amid concerns it could cause an accident.”“Tourists have flocked to the beach on the Thai island of Phuket to take photos at the end of the notorious runway.”

“In a bid to stop the practice Thai authorities have warned that anyone caught taking selfies faces the death penalty.”

“The executives have not explained how taking pictures of the aircraft could pose a danger but it is believed to relate to the potential to distract pilots in the same way that drones and laser pens can.

“Officials told local media that the maximum punishment for distracting pilots with such devices is the death sentence.”

An article in Bangkok Post from March 8 finishes with an unrelated reference to disturbances to aircraft and pilots. The international tabloids have added 2 plus 2 together and come up with 17!

“Holidaymakers who breach the planned restricted area preventing pictures would be punished under the same law, which carries the death penalty.”

Phuket International Airport has foreshadowed changes to the access of the popular northern Nai Yang Beach location, accessed from the south by a 400 metre walk along the foreshore, or from the north with the viewing area adjacent to a small car park not he foreshore. 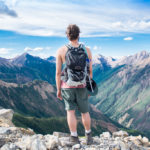 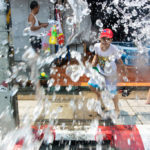