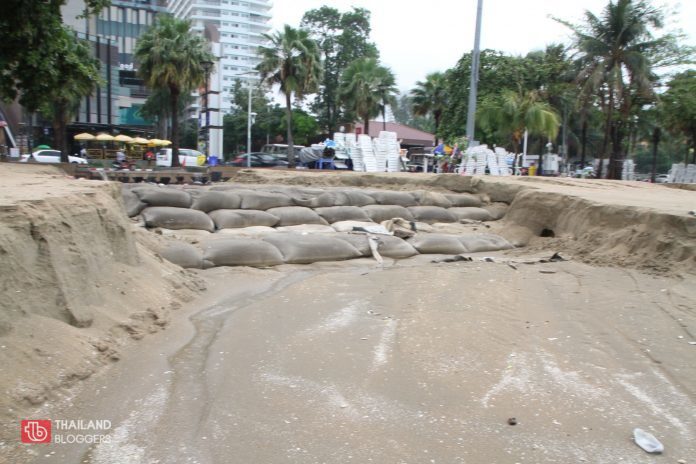 The Pattaya Harbor Department has admitted that their best laid plans to improve the beach have gone completely pear shaped.

Following a storm a huge swathe of the 400 million baht new sand project has just been washed away. It was only recently finished as was trumpeted as a lovely beach.

Ekkarat Khantharo said it was a crisis and he was extremely worried about the situation.

The Pattaya News said that up to 200 meters of the beach in a dozen locations had been swept out to sea.

Ekkarat was involved in damage limitation exercises and excuses – it would take a week and backhoes and heavy equipment would be use to dredge the sand from the sea and plop it back on the beach, he said.

He told the media that mother nature was to blame and the Harbor Department always accepted that something like this could happen.

Now they plan to spend another 105 million baht over the next year.

This time it will go on improving the drainage so that the sand might actually stay in place.

Earlier in the week a TNAMCOT video praised the massive project to solve sand erosion on a 2.8 kilometer stretch from North to South Pattaya. It was finally completed just last month.

The only problem on the beautiful sands was a lack of tourists.

Now the sand has been washed away in the storms and Pattaya’s landmark project is in tatters.

Not only are there few tourists – but there is much less sand for them to sit on. 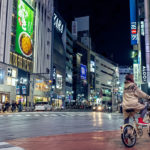 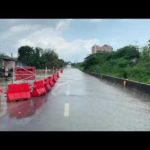